► Does the G class really have this problem? [Video & photo reference]

► Does the G class really have this problem? [Video & photo reference] 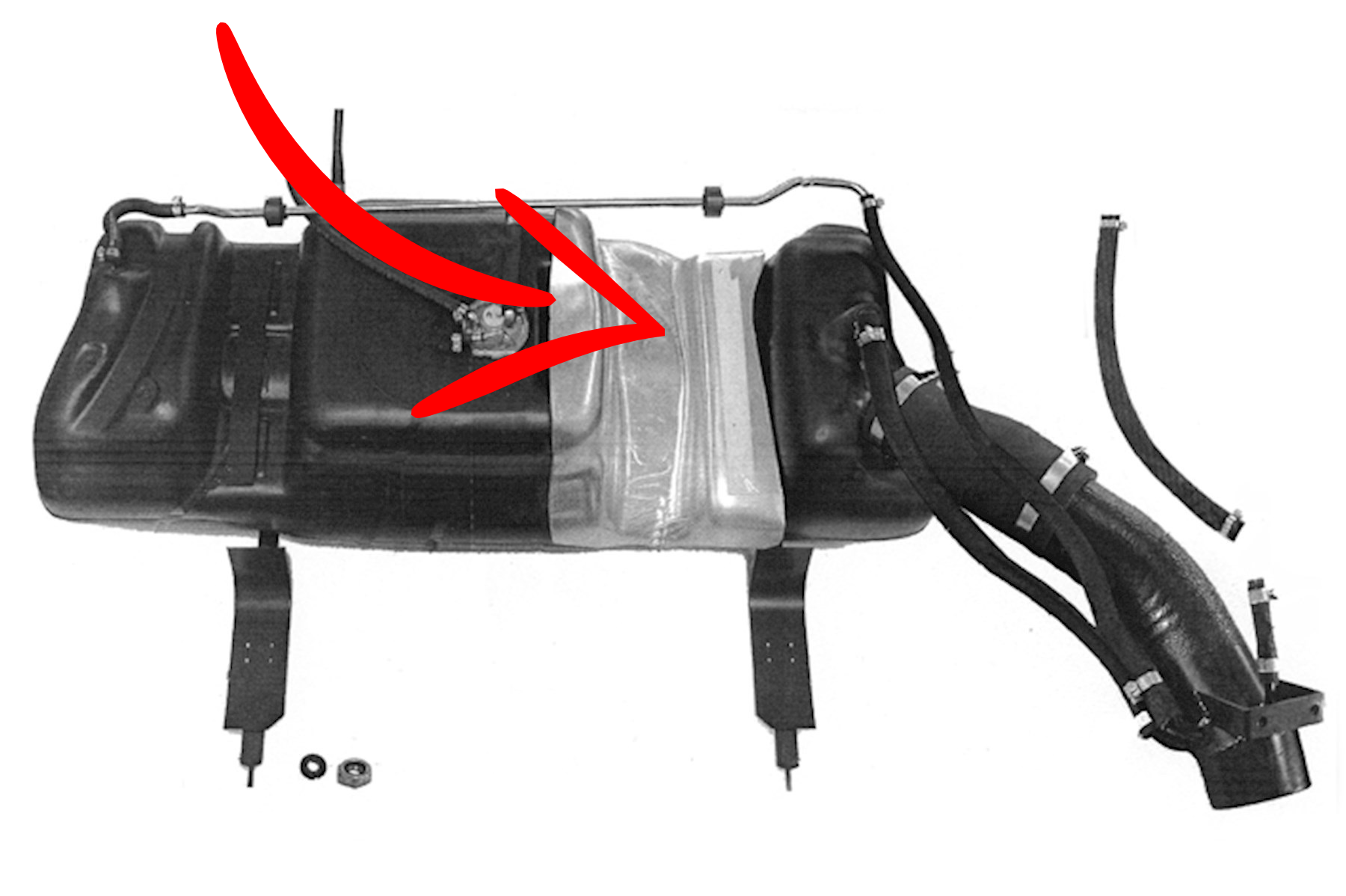 Andrew St.pierre White mentions the dangers of grass and how it can get stuck in the small "aperture" or hole that runs 'through' the fuel-tank. Please refer to the image and video. At the 8:37 timestamp Andrew mentions how he can "smell it"; the grass in said aperture catching on fire, and continues off to say that the grass would've destroyed his G class.

I'm curious if this is a legit concern?

For whatever it is worthwhile to know I've noticed that my exhaust pipe has a sizeable hole just before it enters the aperture. And when I do get my exghaust system replaced I am unsure weither or not todo a side exit sort of deal to avoid this potential risk.

JP
Those who aren't familiar with quality will chase quantity
Top

The minimum temperature needed to ignite wood is 180 degrees Celsius or 356 degrees Fahrenheit. The amount of time of exposure varies due to the type of wood. Long-leaf wood has the fastest ignition time at this temperature, taking about 14 minutes to ignite.
Above quote from Google.
I don't think it would be that hot at the tailpipe but I don't really know.
The flashpoint of gasoline is only 45 degrees Fahrenheit but it would have to be in the open air.
I'm not an engineer so these numbers may be meaningless.
G less
2008 Lexus GX470
2015 BMW X-5 35D
Top

Wrap that section of the tail pipe with heat insulating header wrap and the problem will be gone. I did, not because of grass catching fire in there, but because to prevent melting of the plastic tank or heating up the PVC undercoating. Wich causes the floor to rust.

If you drive in a hot climate like in Australia, through lots of dry grass. This could be a problem. Its a somewhat closed space where heat stays at low speed. Filled with grass, the heat will get even more trapped. Probably a much bigger problem on a turbo engine with higher exhaust temperatures and larger exhaust,
w460.333 1982 Colorado Beige 300 GD OM617.931
Top

@ Goat: Hey, Great answer as always and I can defiantly see how a pine can be compared to grass. And this is why I ask these sort of questions here, to acquire the real world knowledge of off-roaders like yourself. As I am defiantly a noobie in this community. Hell, I mistook engine-wax as a sort of JB weld before! Haha. But I'd like to consider myself the nerd around the lab.

So my main concern is how much water content is inside grass over pine. And how grass' larger surface area can be crammed around the tailpipe to create a tinder-like clog. Odd as it might seem, wet grass is more likely to lead to a spontaneous-combustion fire than dry grass because of it's thermochemical reaction. That's why farmers bile up their hay outside to dry out before they place them inside their barns. It can take as little as 12% the volume of water inside any natural source to-be crammed into a confined place to spontaneously combust from it's natural degradation.

That being said your numbers aren't meaningless. You made a great point. If a piece of off-road wood crammed itself around my tailpipe I wouldn't be scared. But I am curious about grass in particular S' all and if people had experienced this specific problem in turn. On paper the likely-hood is a yes to me, but in the real world maybe the G class doesn't have this problem what so ever

@ cal_w460: Hello, and good to see you as-well! - By the way thanks for the clarification on those plugs. I removed one and it seems fine on the inside. No crud to speak of. But I did do a 6th flush with some radiator flush and cleaner to ensure that my system is completely clean before I do decide weither or not to fill her up with some mil-spec Amsoil stuff.

Regarding the pvc undercoating I am also concerned about over-heating it. Hell; upon learning the undercoating's content of pvc, I quickly made a note about avoiding any waxes with zinc [oxide in particular. Non cal] content inside them to prevent further degradation of said pvc. Which is a shame, really.

Either way I'll go ahead and wrap the section off with some header material as a temporary fix before I get it into the shop. To-be on the safe side I may do the side exhaust after-all. I think the Canadian military G classes have a side exhaust system that don't look flashy. I may follow in suite. Afterall the last thing I want is to look like an AMG ripoff.
Those who aren't familiar with quality will chase quantity
Top

I think with grass it could be a problem especially with the Turbo Diesel variants. Down under you also don't see many front mounted, or bumper mounted intercoolers, most are top mounted to keep them out of the grass. For long trips in the outback if the grass is heavy I believe a lot of people also deploy special grass screen in front of the radiator to keep the grass from plugging up the fins on the radiator.
1981 280GE Ambulance - full restoration in progress
1985 280GE
Top

Definatly could be an issue. I know on Unimogs, There's a optional shield that covers the muffler, usually spec'd on Forestry Unimogs but many others, to keep debris from building up on the muffler and igniting. That far back on the exhaust I wonder how hot the tailpipe is though on a Gwagon. Certinaly somthing to keep in mind in the dry season.
-trev
Top

I've never had the slightest hint of an issue there, but I don't drive over grass for hours at a whack. My G is taller than stock too, so is less prone to mowing the grass.
"The way you think is the way you live"
Top

I guess these problems must be of a different magnitude on a modern G equipped with catalyst on the exhaust. As soon as you stop in tall grass there is a severe risk of fire.
w460.333 1982 Colorado Beige 300 GD OM617.931
Top

EHKO wrote:I agree with AlanMcR and Vlad. Looks like someone used a JBWeld type material to hold it in place. Now I'm curious to see what's behind it.....

@ All & EHKO: First and foremost thank you for your replies and answers. I've learned a lot from ya'll. And I apologize for the late reply, asides from girlfriend aggro I finally forced myself to tackle the strange 'wax' on my engine from a very old thread of mine. For your entertainment I've made photos of my story to share. I've promised EHKO in particular from a very old thread of mine to reveal said photos. A promise is a promise, and I remember mine. Even from a year ago. So this is for you buddy 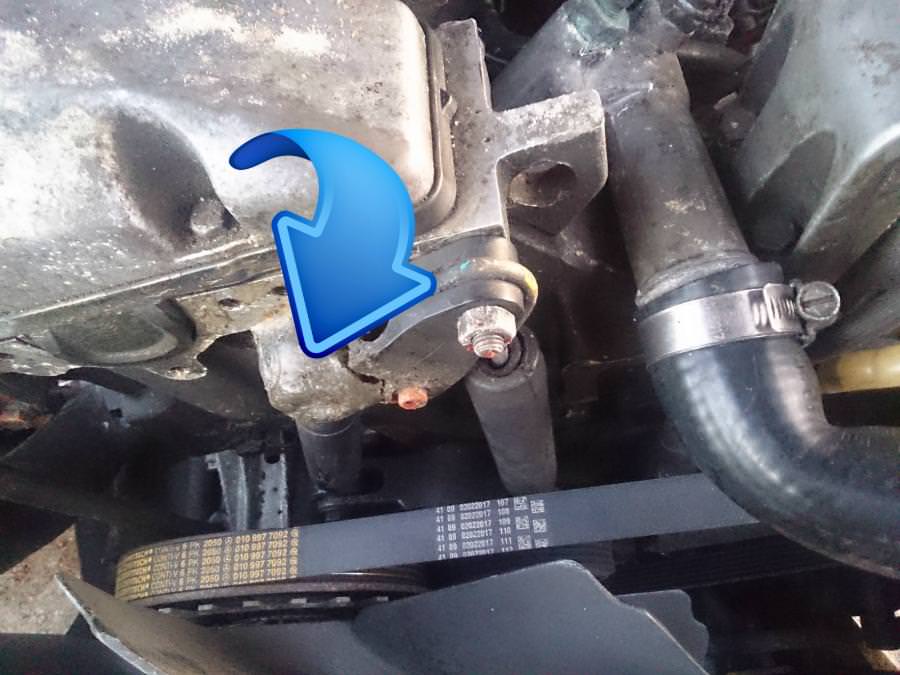 A nasty sight to behold, eh? - I'd expected to re-thread any damages behind the cluster of JB weld or said mysterious wax. So I've invested in a "Big-sert" kit, fully expecting to fix the threads behind the wax with some good ol' metric loving.

But apparently my investment in the expensive big-set kit was for naught. I cleanly removed the strange substance and noticed the threads behind it were clean as a baby's bottom. Feeling skeptical of my luck I've used a bolt to carefully hand tighten it into the hole to see if the threads were still fully there. And they totally were. 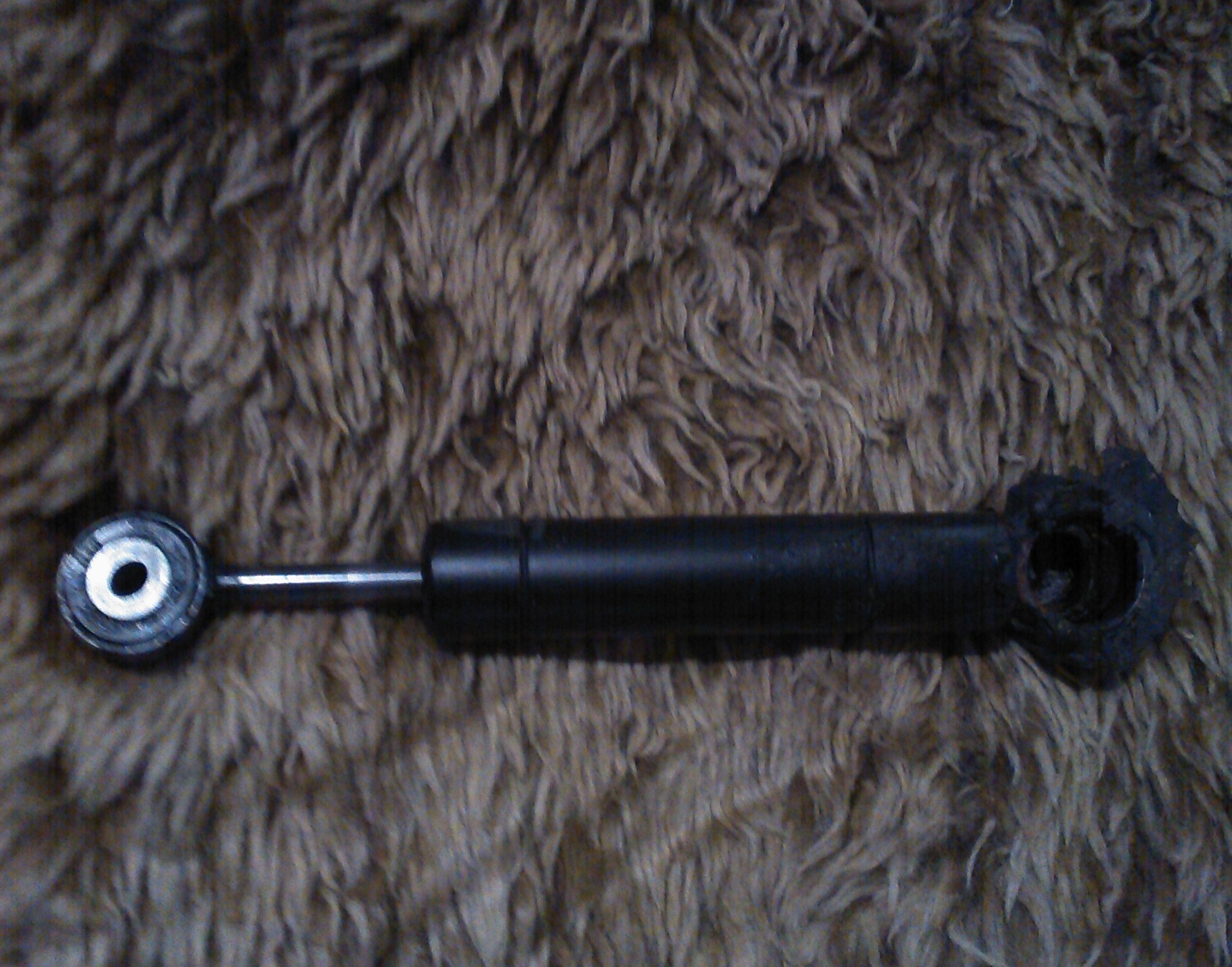 Turns out the strange substance was for the shock itself, rather than the threads. It was there to accommodate for a 'blown out' portion of the Febi shock. It's strange what one may find in a 25+ year old truck

I hope my story was entertaining to ya'll in oen way or another. And without further adue I'll reply to your messages in orderly fashionoso'

@ Jtrein: Well said! - And those special grass screens seems like a great addition to have. I never even knew that they had existed had until you've mentioned them! Haha. I should totally consider getting a screen myself for my off-roading.

I certaintly wish I knew about those earlier!

Perhaps I can implement a grass screen by using some stainless steel mesh? This may proove to-be an interesting subject to tackle for my next CAD program. I've plenty of mesh around from my Newegg computer projects [magnetic UI shields] anyways.

@ Mogwild: You are absolutely correct. And I know of the very same covers that you are talking about on said unimogs. I've acctually tried to acquire a set myself, but I'm having terrible luck as the kits are rather difficult to acquire. Atleast for me. Maybe I've bad luck or said kits are just rare to acquire. They seem like a great addition to have for any rig.

Also totally being off topic here, but this needs to-be said. Nice work on your series of wallets. Your leather craftmanship from your New wallet thread is amazing~!

@ vadimivanovich: Hello Vadim! - and thank you for your real world experience. Something tells me that if someone is serious enough to go off-roading in their G they would invest in higher suspension like you had. Rather than keepin' it stock. Especially if they are running their rig through tall fields of grass. So if you never had an issue with fires then it's fair to say that the G wagens don't have the problem to begin with.

@ cal_w460: OH yeah, you make a solid point there. I can totally see modern Gs having this potential issue amplified with their catalytic converters. Even Scotty Kilmer appears to agree with a recent video of this:

According to him the heat-shields previously were on trucks for the sole purpose of avoiding forest fires from CAT converters. I've time stamped the url for your convenience. Needless to say I agree with your point.
Those who aren't familiar with quality will chase quantity
Top
Post Reply
9 posts • Page 1 of 1