Please introduce yourself here. A minimum of 3 posts here is required before you can post to the rest of the board.
Post Reply
96 posts

Tremek wrote:To remove the trim and radio: unscrew two screws top left and top right of the ashtray, pull ashtray after moving shifter back to D and then unplug the 12v harness plug, pull from bottom of wooden trim around HVAC/radio and loosen the clips up to the top of the wooden surround, then using a screwdriver or trim removal tool pop out the locker controls, and behind the locker controls is a single screw holding the top of the wooden trim ring piece in. Unplug harness plugs going into HVAC at the bottom and switches at the top, set aside trim as the bottom HVAC and top switches go with the trim. Easy… Then just 4 screws to get the radio out. Should take you all-in less than 5 minutes, 7 Philips head screws total.

Thanks for the detailed instructions on trim removal! That was my next question. Now I'm considering whether I should order the digital climate control module and just replace it while I'm in there.

lhommec13 wrote:Thanks for the detailed instructions on trim removal! That was my next question. Now I'm considering whether I should order the digital climate control module and just replace it while I'm in there.

lhommec13 wrote:Thanks for the detailed instructions on trim removal! That was my next question. Now I'm considering whether I should order the digital climate control module and just replace it while I'm in there.

Just bought it. I had searched Ebay high and low and didn't come across that listing, which is about $15 less than what I could find. Thanks again!
Top

The G55 did me dirty last night. But first, we went to a concert: 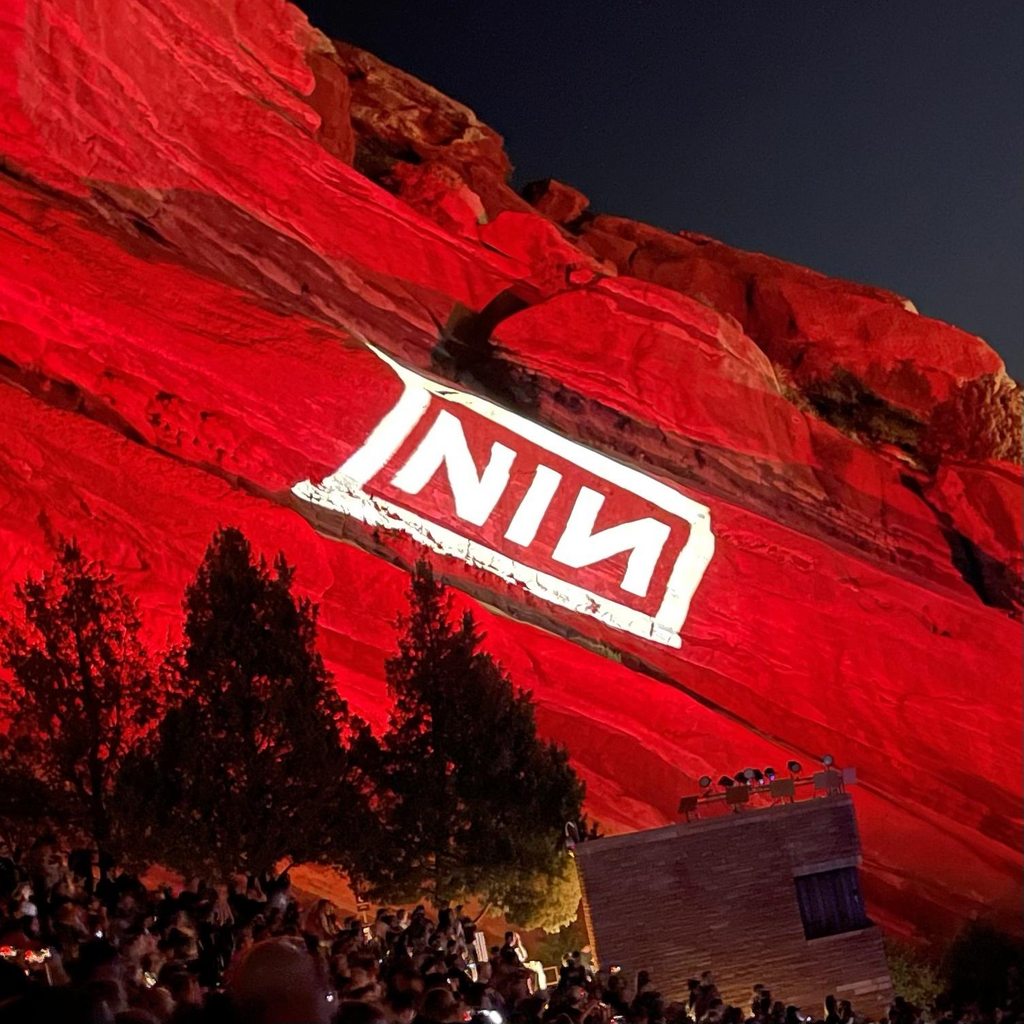 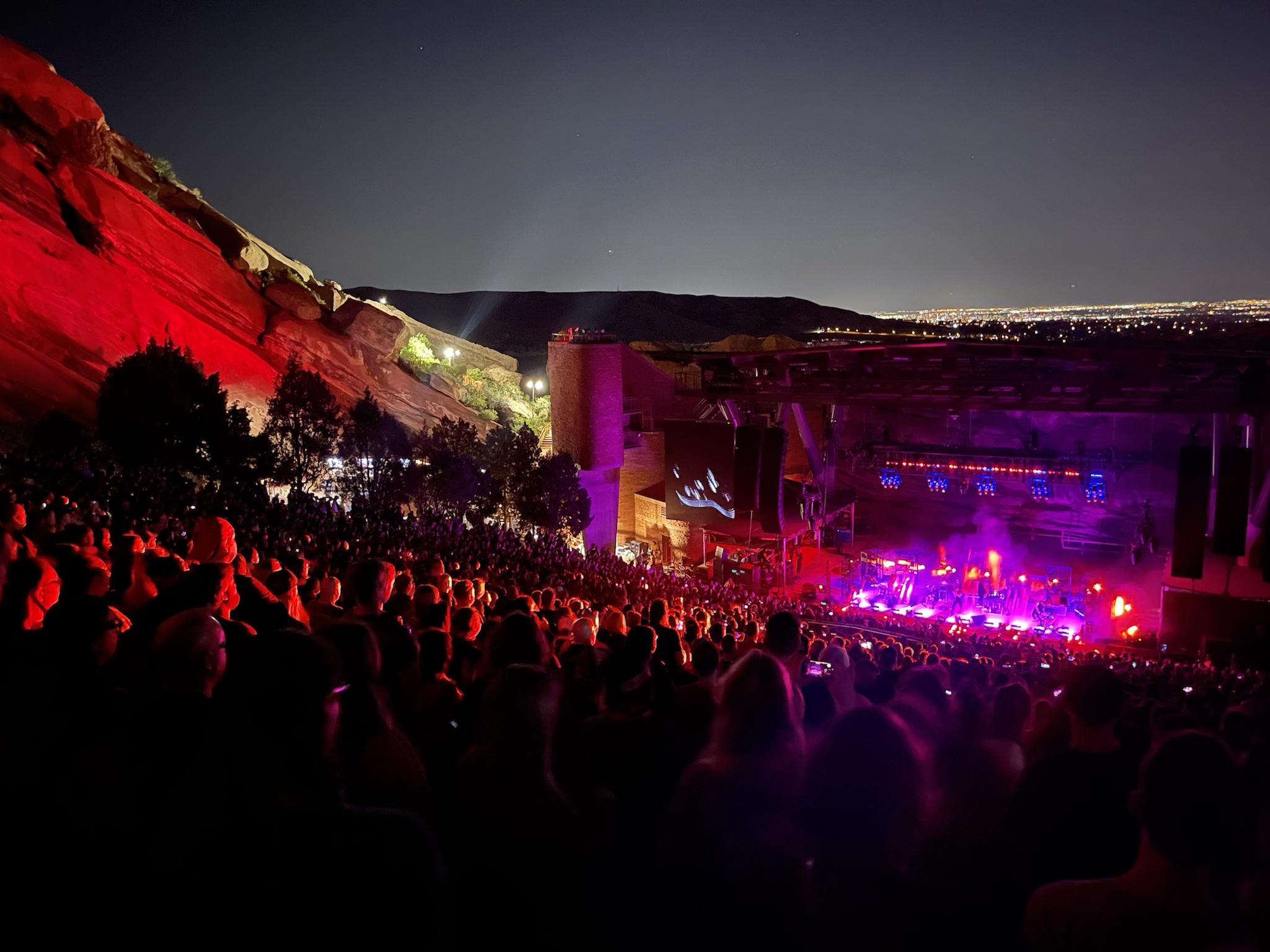 Show was cool, but as we came out the G55 decided to give me crank no start after many repeated attempts. So I called AAA and we got a ride home, and was under the impression AAA and the driver had their orders to take the car to Hoover and drop it. 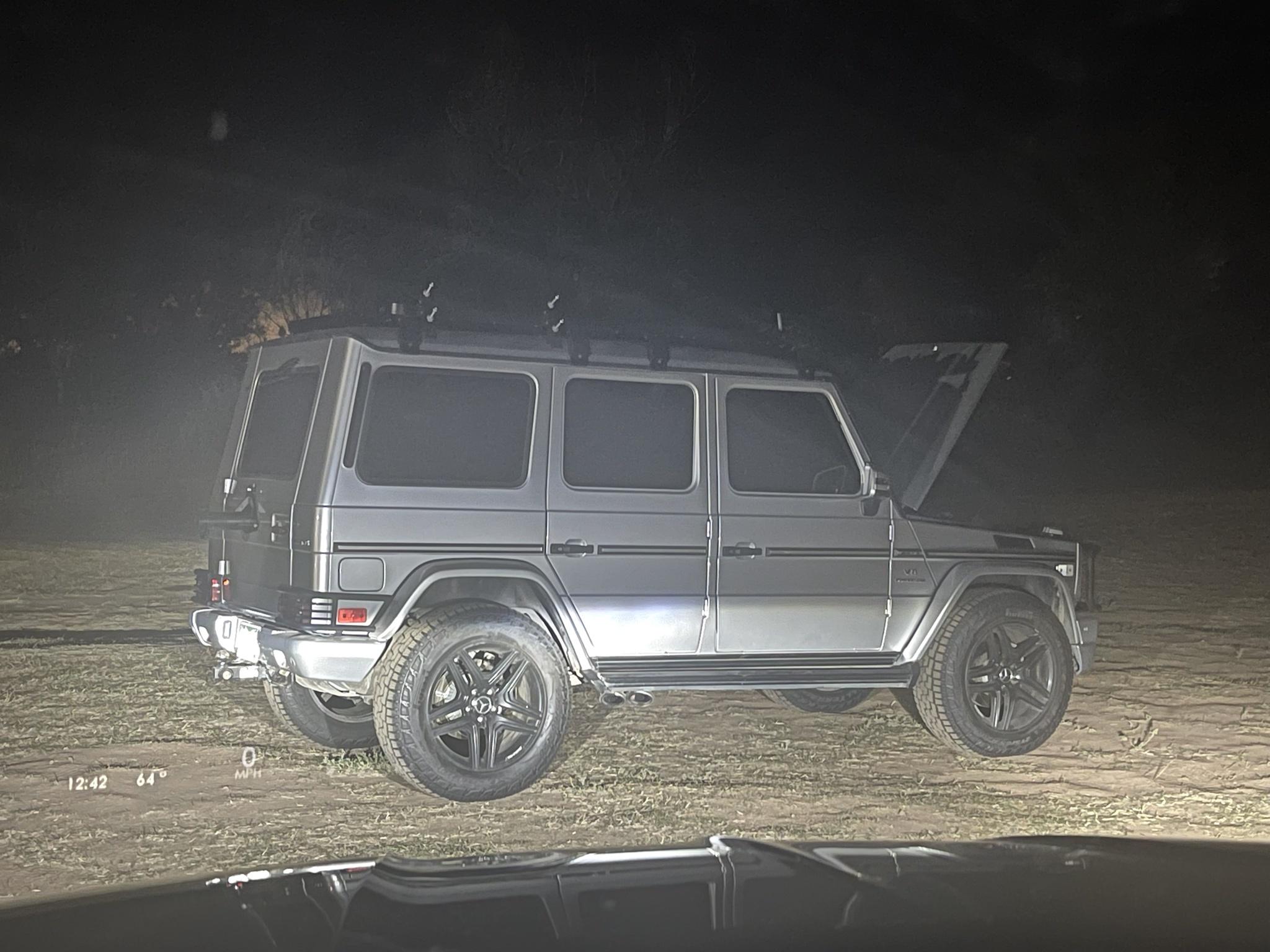 As it turns out that didn’t happen. We got home super late, and I woke up to find a voicemail from the driver 2 hours later than he said he would be that he wasn’t picking up the car. So I got my act together and drove all the way back out to Red Rocks worried that the truck would have been ransacked.

Luckily, it was somehow untouched and as I left it. Pausing for a moment, while I had already called the next tow truck on my drive over, I figured - I guess I have to see if it will start. Which of course it did. 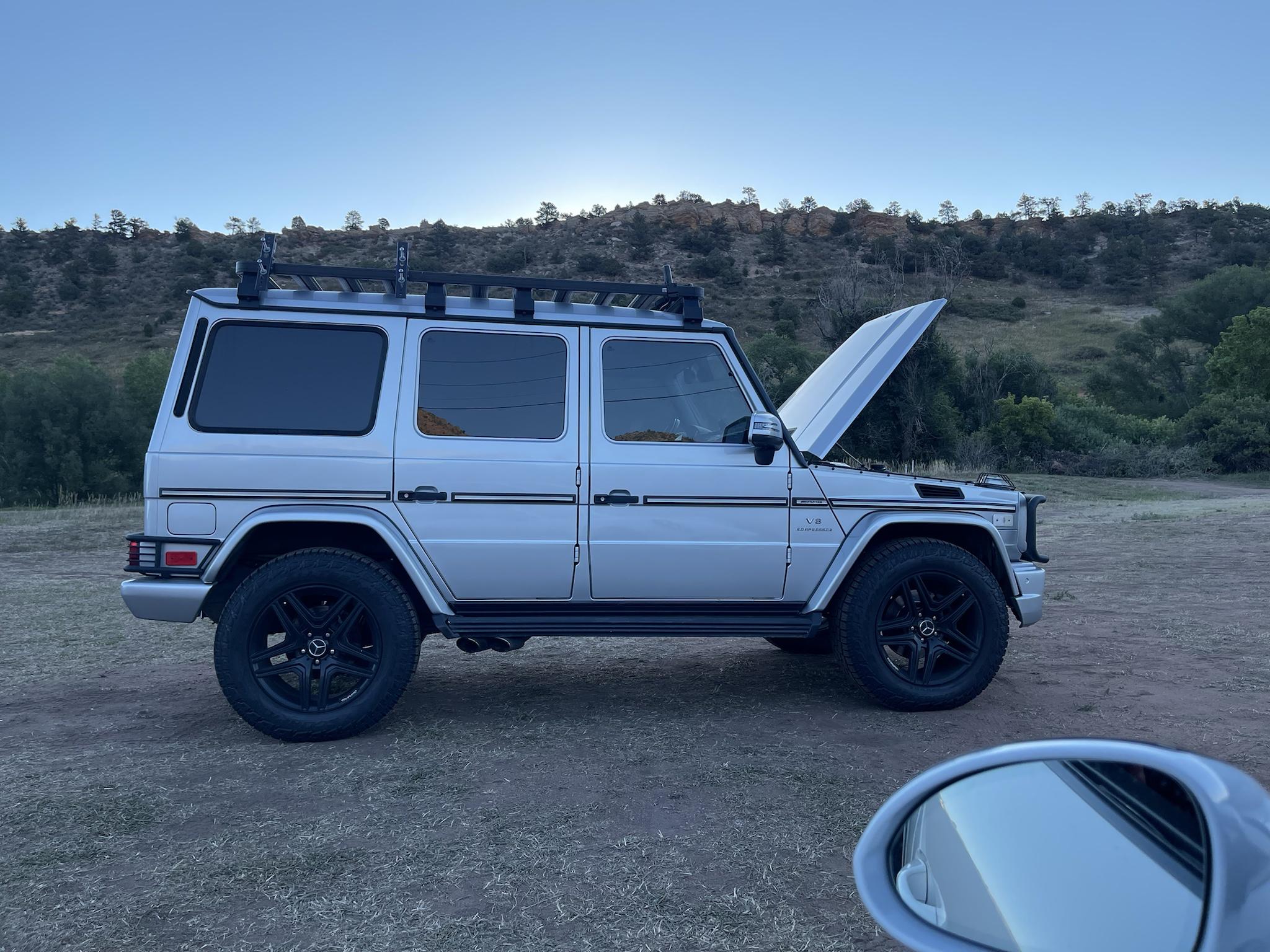 PS, AAA had told me last night to leave the truck there with the hood open. 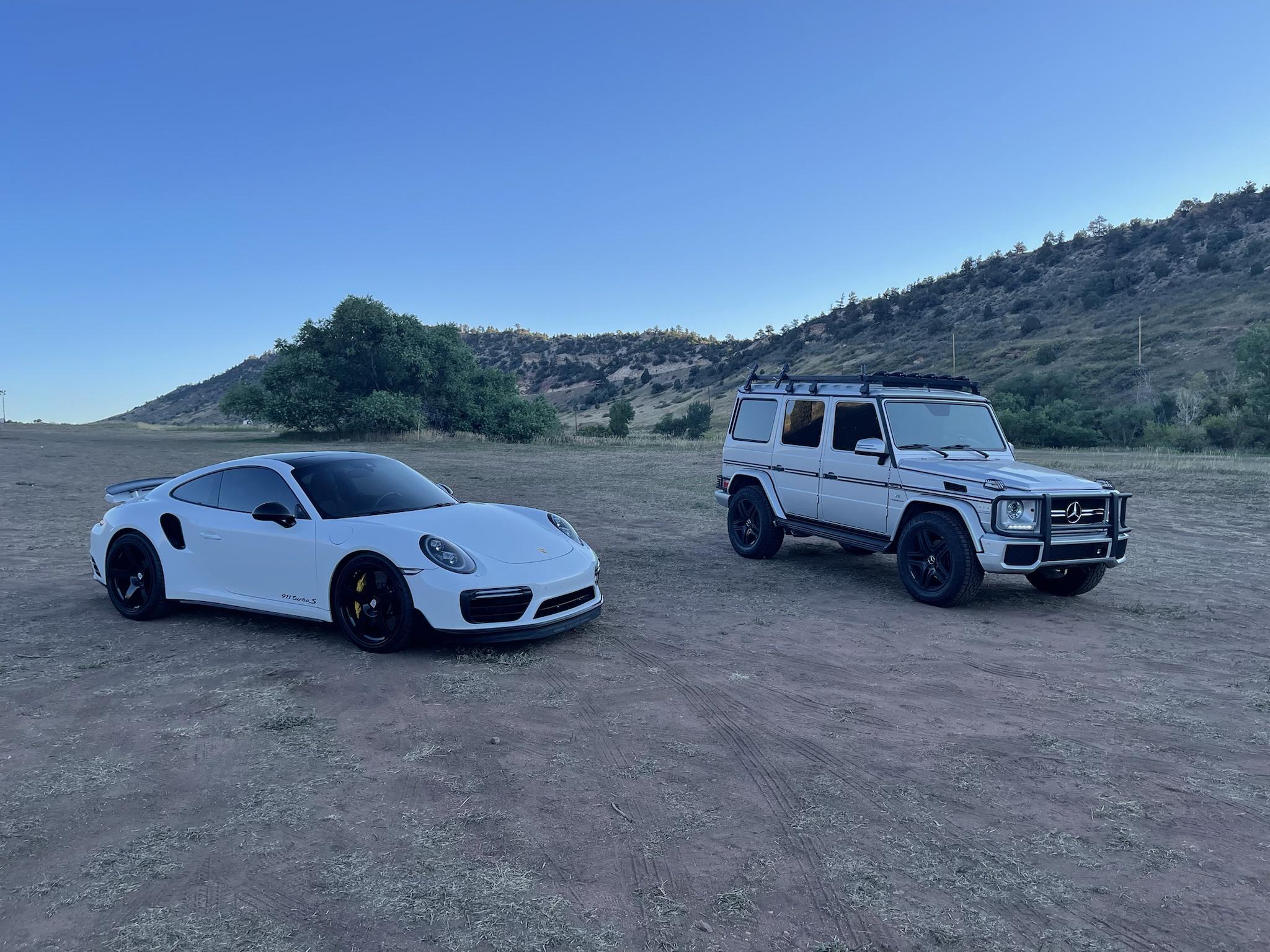 So after driving it home and leaving the Porsche there, my dad came and took me back out to the Porsche again in his electric Hyundai, which is actually quite a nice and competent car. Oh, and of course the G55 started up immediately again after I turned it off at home. Hope it isn’t the crank position sensor again as I just it replaced in July due to a similar condition.

The day got better though as later I drove out to HPR to meet my buddy who had borrowed my trailer to take his GT2RS out behind his motorbike for the weekend. He took me out in it and wow, incredible car and incredible driver. 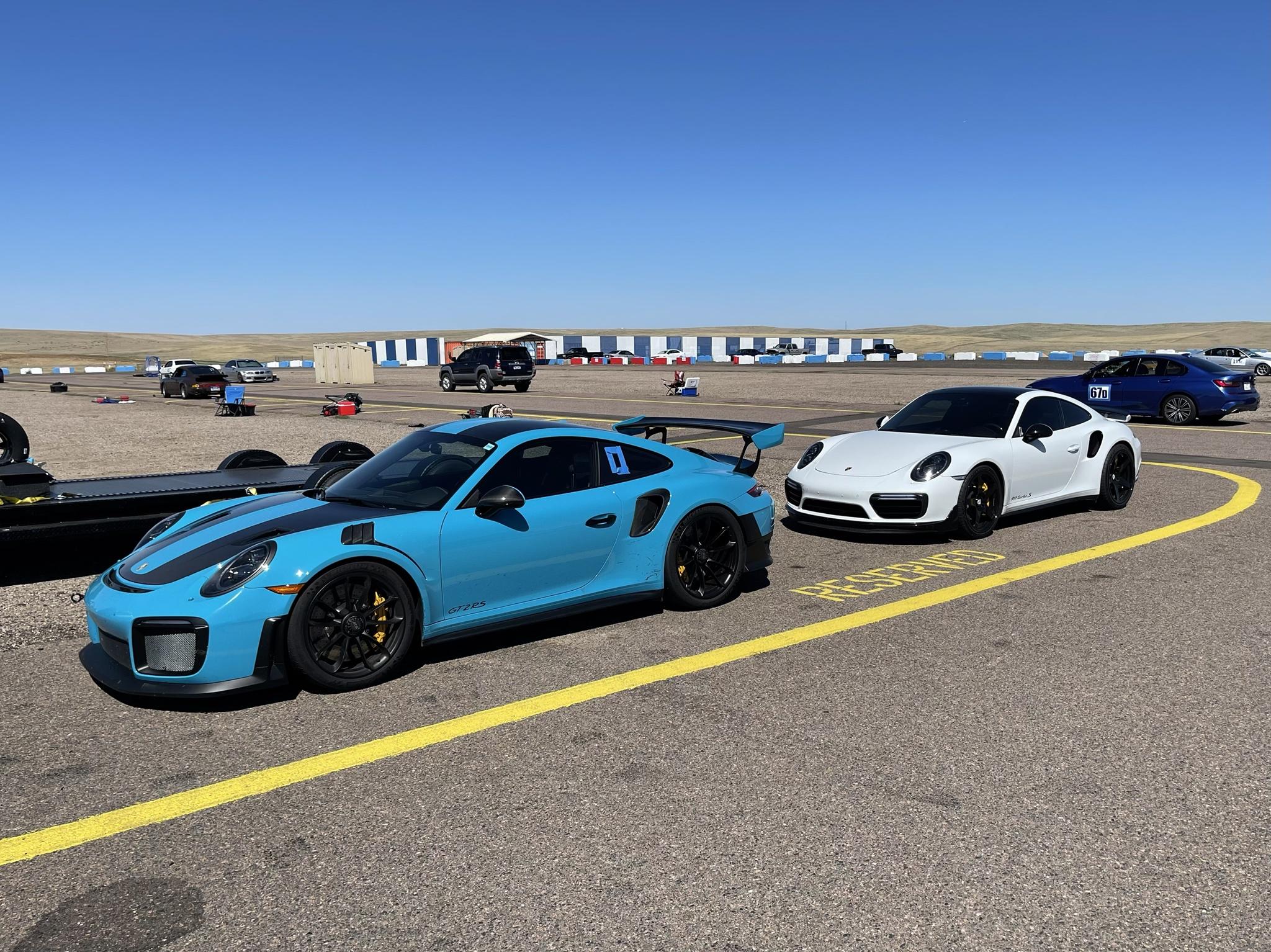 Random update as I run around like a crazy person dealing with work and life and preparing for the hill climb next week: found a moment to go to the local tire shop and asked them to check the balance on the two front wheels/tires on the gwagon, and it turns out one wheel was 2 ounces off and the other was 1.5 oz. out of balance. Wheel shimmy between 50-60 seems mostly resolved!
Top

That's great to hear. Usually it's tire/wheel balance issues that cause vibrations/shimmys/wobbles at speed.

5.2 miles and ~21? Turns. https://www.virginiacityhillclimb.com and @vchillclimb on Instagram, going to be a fun time as always.
Top

All, have been a little busy this month hence the lack of G55 updates. For those interested though, here's what I have been up to...

I have had the good fortune to attend the Virginia City Hill Climb - https://www.virginiacityhillclimb.com - (now having just run for its 51st year this past weekend) first in 2014, 2015, and 2016, with the CTS-V wagon I had at the time... 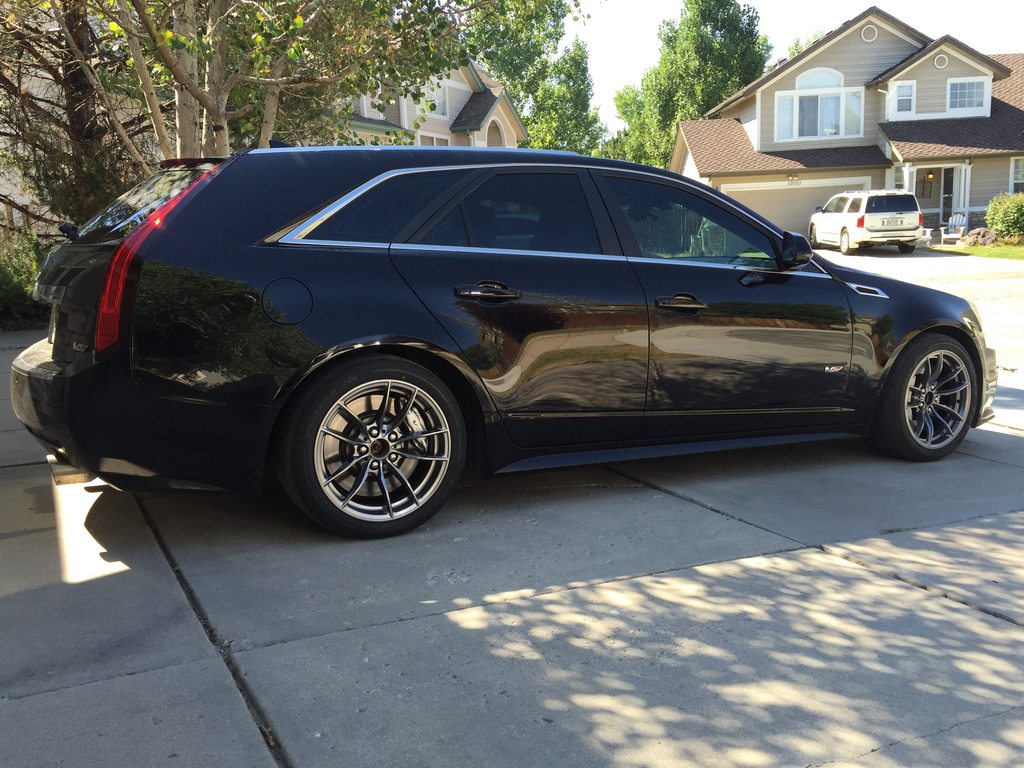 The wagon was an unlikely hit with the Ferrari and Shelby clubs that put on the event. As can be seen in the Instagram link from 2016 below, the wagon became known for starting line hoonage put on by yours truly... https://www.instagram.com/p/BcaEbbzB4ds/

Things took a turn in 2016, as immediately following the hoonage in the video above, the wagon developed a front main seal oil leak and thus it went back on the trailer I had thankfully brought for the first time that year.

Depressed, I was urged by friends there to go find a rental car up in Reno - it does take place on a public road, after all - and shenanigans ensued: 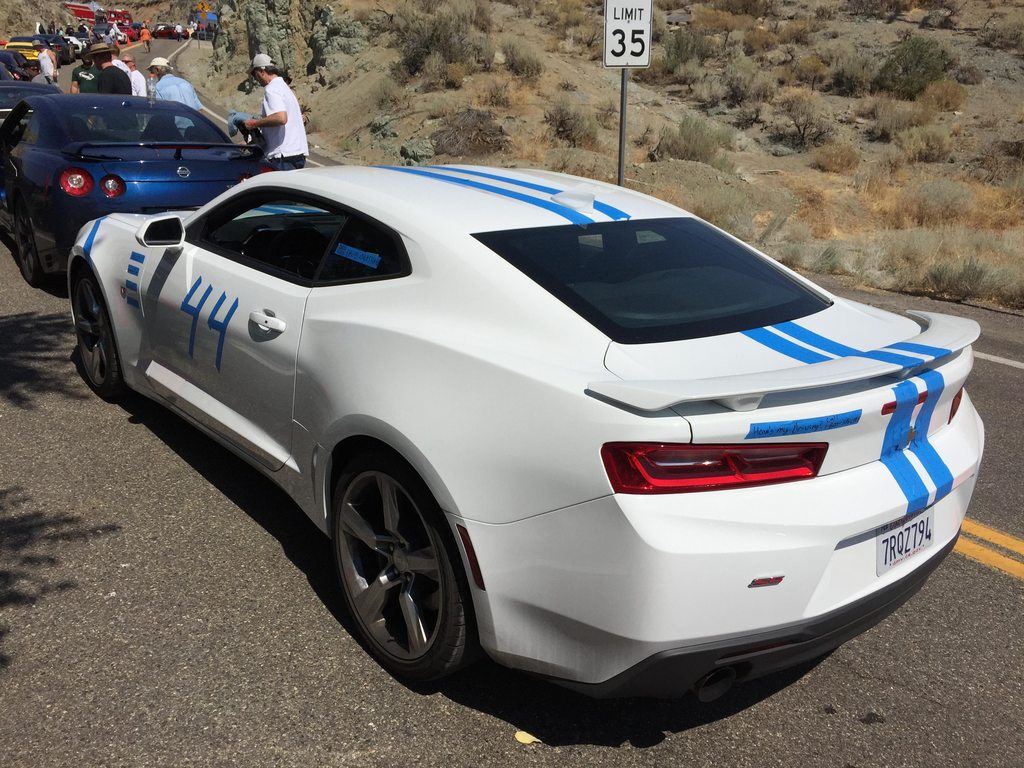 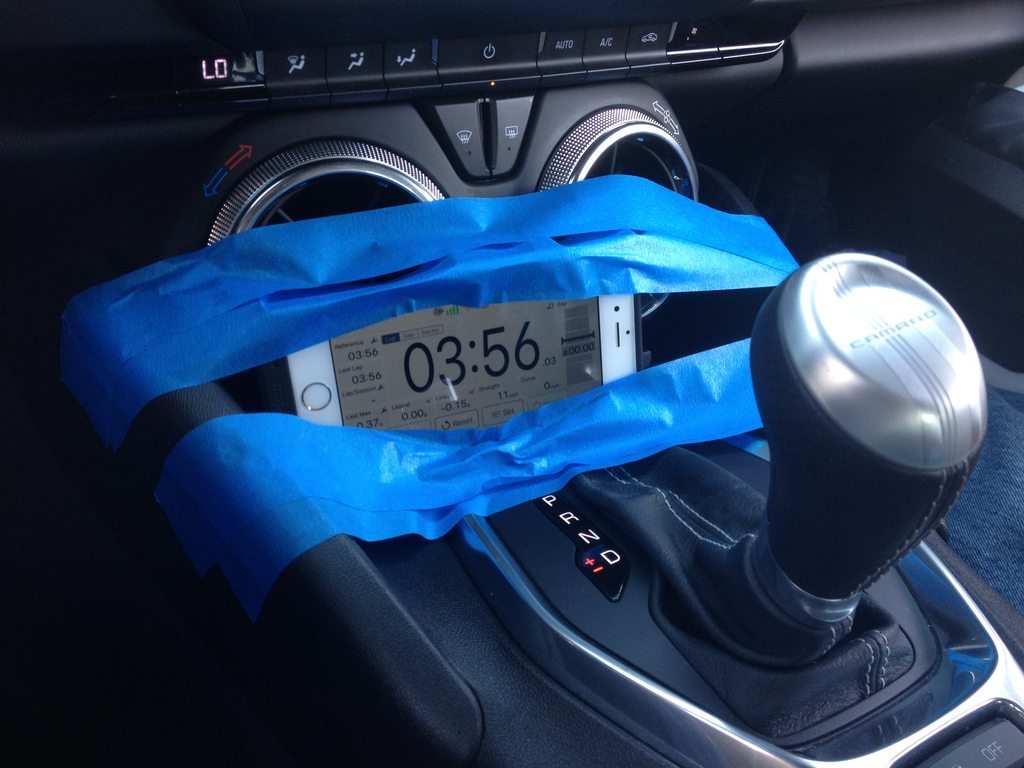 Never felt so good about taking out every coverage offered at the rental car counter... Easily the most fun 24 hours I've ever had in a rental... Anyway... 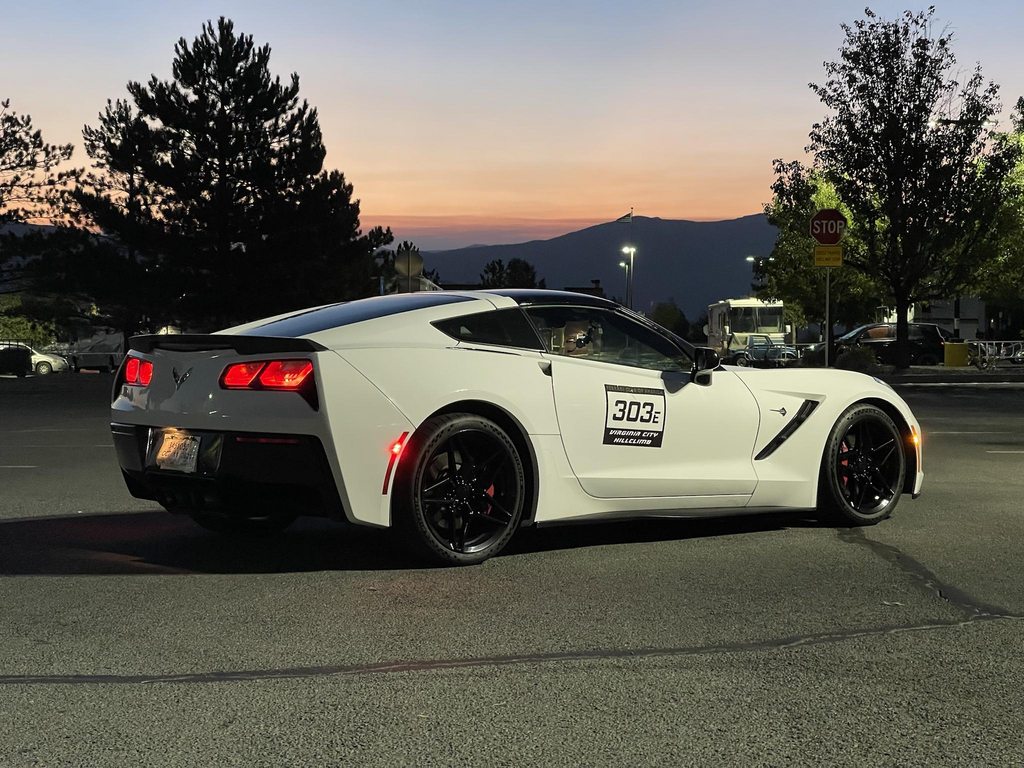 They say with experience comes wisdom, but apparently I was still in short supply as I had decided the 'Vette needed an A&A supercharger prior to the event... Which then led to us discovering I was generating Spyhunter-like clouds of oil halfway up the 'hill as apparently the tired LT1 in the 'Vette did not appreciate ~7 pounds of boost being shoved down its throat (and consequently into the crank case...)

So in the ensuing year I ended up pulling the supercharger off the 'Vette and sold the car, and just this past June, I picked up my '17 TTS, pictured here last Friday in the lot of the Silverland Inn in Virginia City, NV: 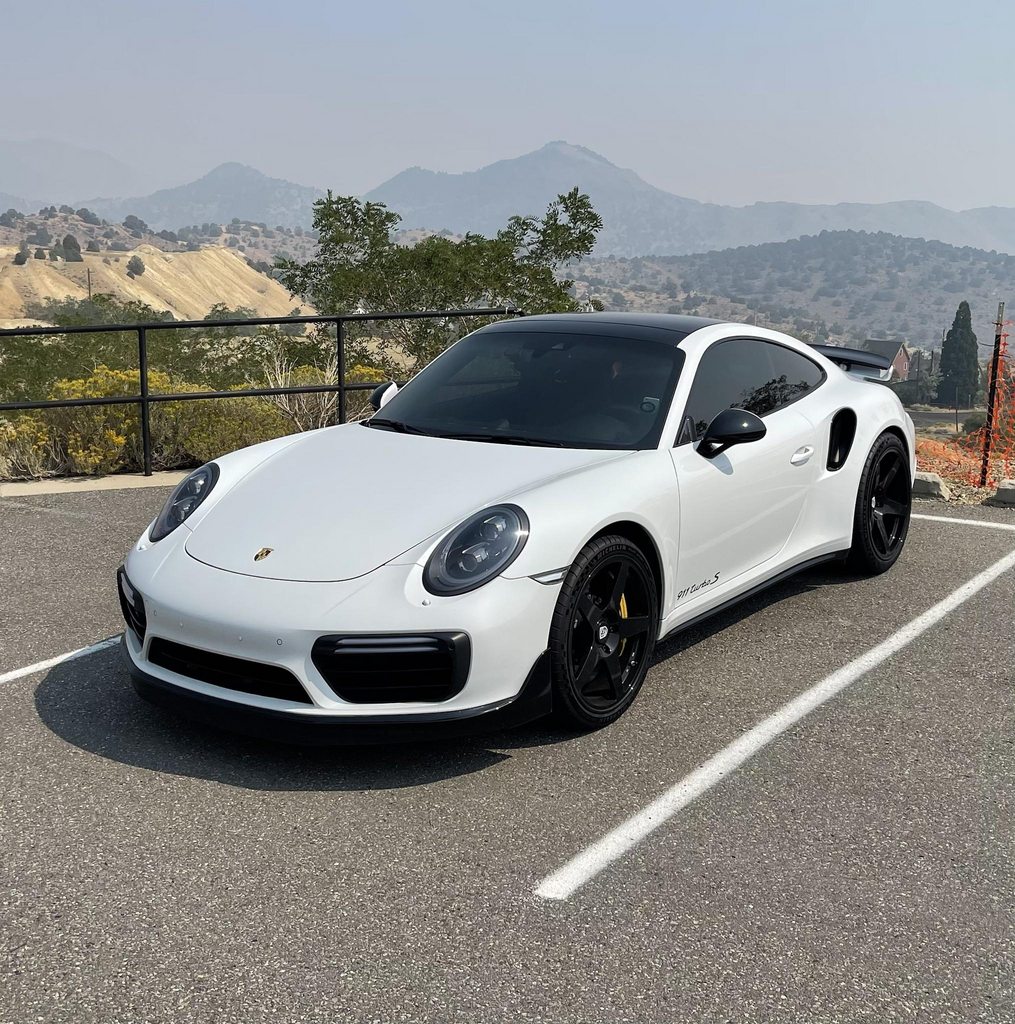 Aside from attempting to install a BMS JB4 running Map 0 for datalogging purposes prior to the event, I hadn't made any mechanical changes to the car aside from an oil change, a brake fluid flush + Motul RBF 660 fluid, and new forged wheels and Pilot Sport Cup 2 Connect 240s on said wheels plus an alignment.

Everything was great at first on Saturday, until it wasn't: 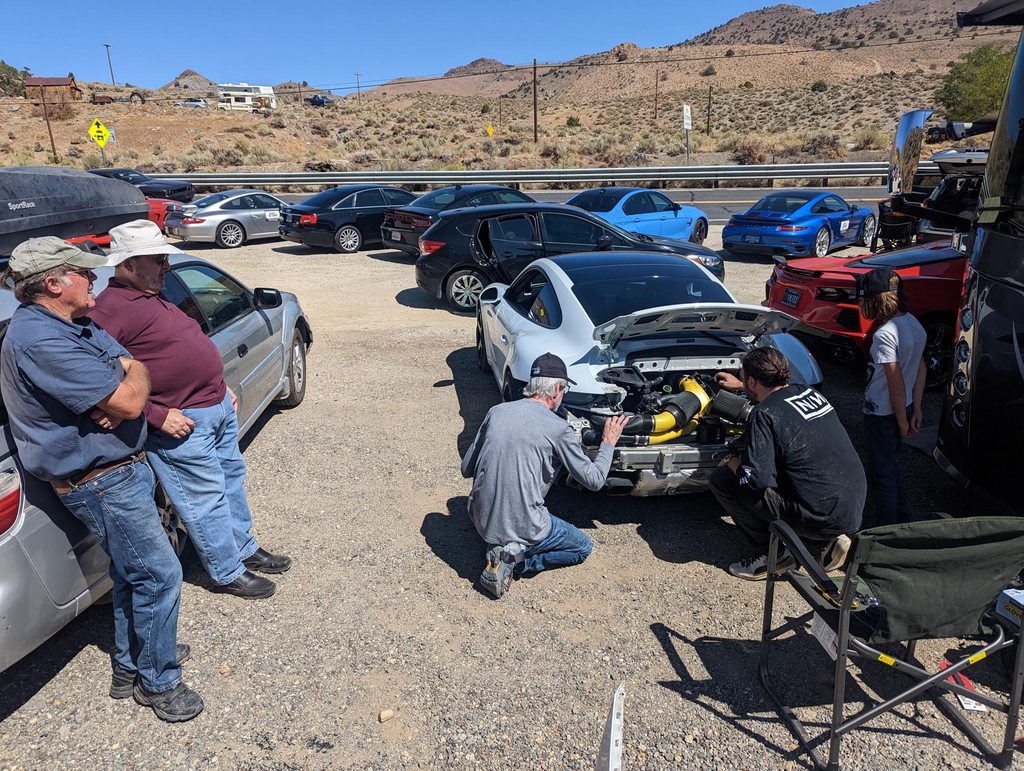 Here I and friends are with the bumper off in the dirt parking lot at the bottom of the hill, desperately looking for a sign of a blown off charge pipe or vacuum leak - none of which was to be found. I had bought the car knowing it had a catless Soul Performance exhaust and likely a tune, but as it turned out the car had a few more mods on it including what I think are Fabspeed headers, an IPD y-pipe painted yellow, and cold air intakes. I'm pretty sure the turbos are stock and I know the intercoolers are.

However - on a parade lap up the hill early Saturday, the car suddenly began stumbling and missing hard, making no power, and as I brought it to a stop a third of the way up the hill, it stalled, and then re-started itself. I gently nursed it up the hill and back down the return road, having found that it had thrown dozens of codes. I was worried I had hurt it badly.

I got it to the bottom of the hill and due to needing to find some Torx bits, the car ended up sitting for nearly two hours. When I started it again to move it into some shade next to that motorhome to begin working on it - it suddenly started normally as if nothing had happened.

Unconvinced, we got into it anyway, and the only things we did were to clean the top MAP sensor off with some convenient gasoline as it was oily, and then to completely disconnect the JB4 in case it was somehow involved with the issue.

From there on - the car was fine! I was then fortunate to get in 5 practice runs on Saturday afternoon, 3 runs Sunday AM, and 5 more runs Sunday PM.

So, I got to business:

This resulted in some pretty good runs on Sunday (I forgot to hit Record in TrackAddict for one of them): 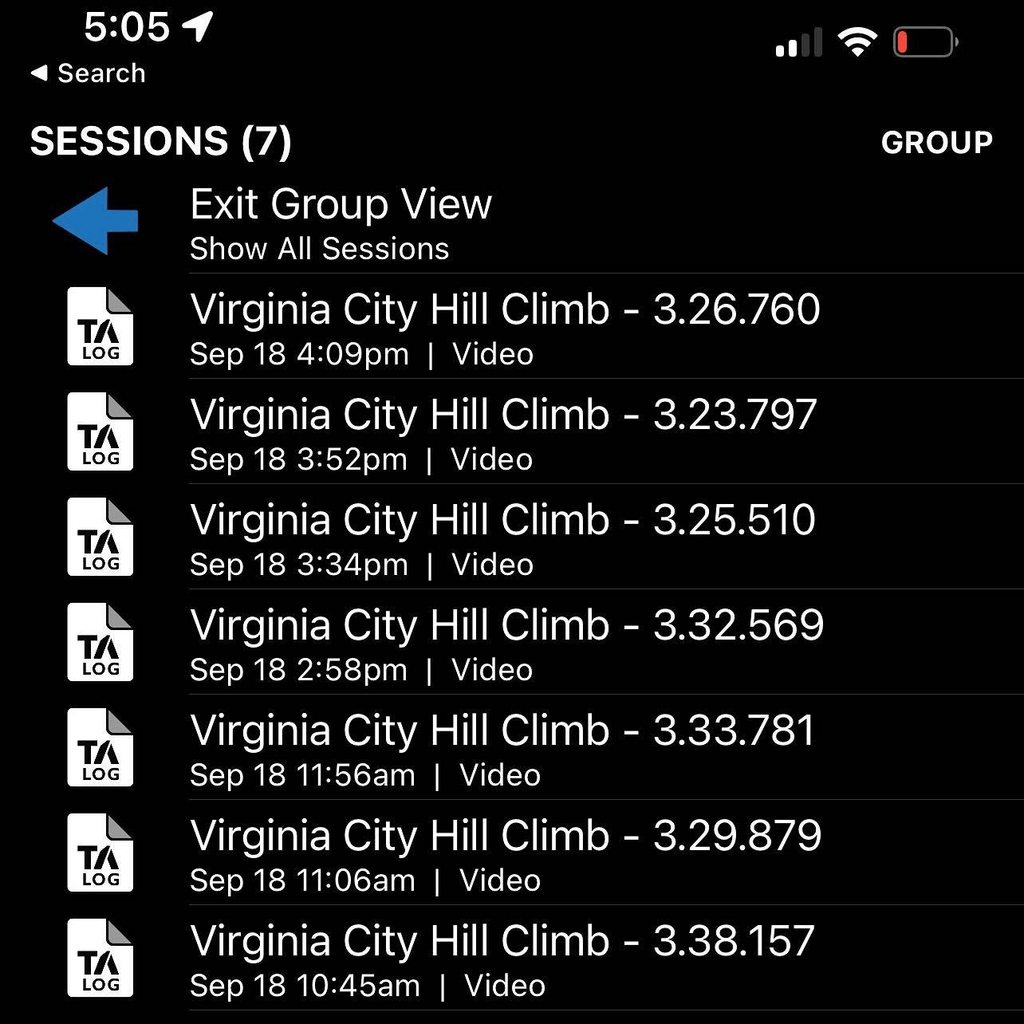 Here's a video of my best time of the weekend on Sunday - 3:24.656, which corresponds to the 3:23.797 run above - need to adjust the starting-line GPS coordinates next year to better-reflect the official timing.

The car definitely has a lot left in it as I need driver mods first; click below out to YouTube proper for 4k 60 fps: 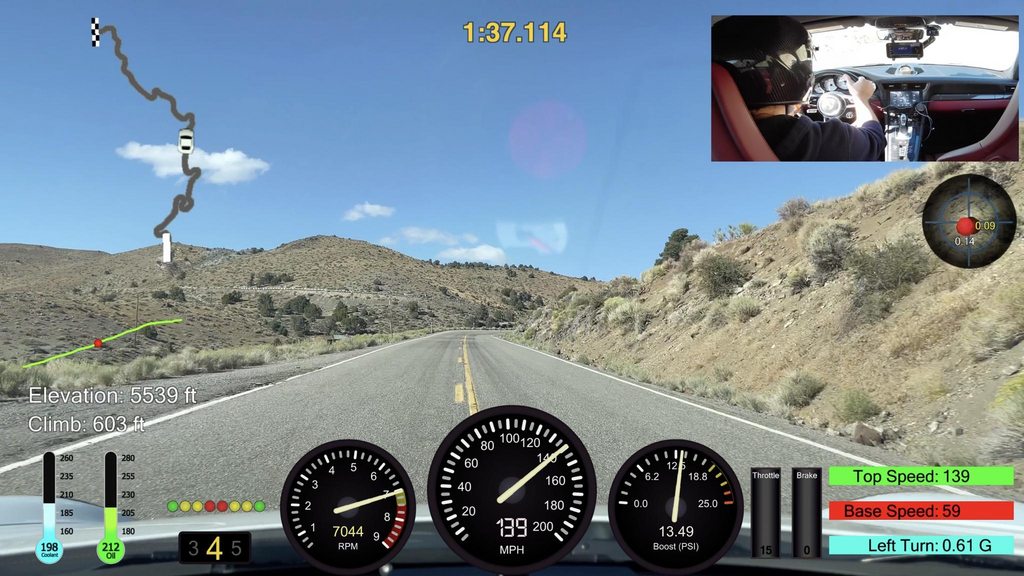 TrackAddict does a really great job:

This ended up with me running the 8th/9th fastest (more on that in a sec) run of the weekend - note that my registration still shows a 2014 Vette...:

As such I ended up taking 3rd in the Porsche Turbo class: 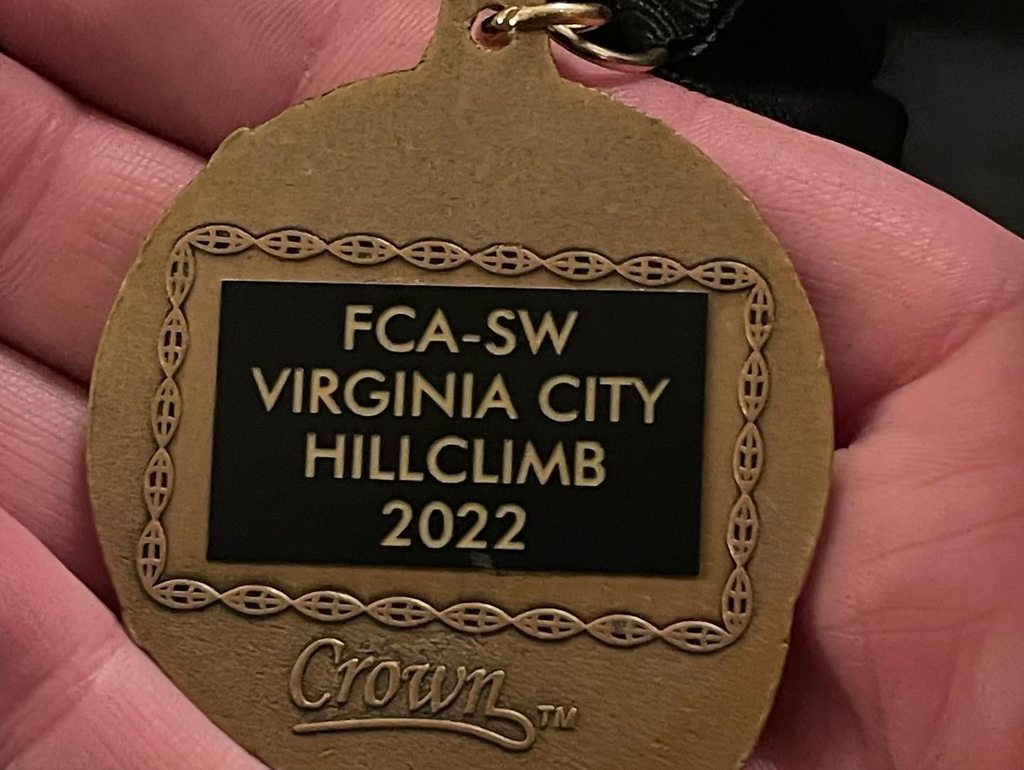 A 992 TTS was run both by the owner to a time .5 seconds faster than me, and then (before said 992 TTS owner ended up glancing off of a guard rail and shutting down the hill for 45 minutes as he was towed off..) driven by a stunt-shoe to a stunning 3:13 time WITH the owner in the passenger seat in a car he couldn't even figure out how to put in D.

Conveniently however, said stunt-shoe also happens to be both the now-former King of the Hill for the past ~8 years, as he brought not his GT2 RS he had previously set a 3:06 Hill record in last year, and instead ran his wife's bone-stock brand-new 2022 Mach1 to a 3:23 this year.

Another terrific accomplishment was the original-owner gent in the '07 997 Turbo running a fantastic 3:23... Which is both a reflection of his skill as well as the fact that he's been participating in the event since 1991.

As you may have noticed on the above list, a new record was set this year... 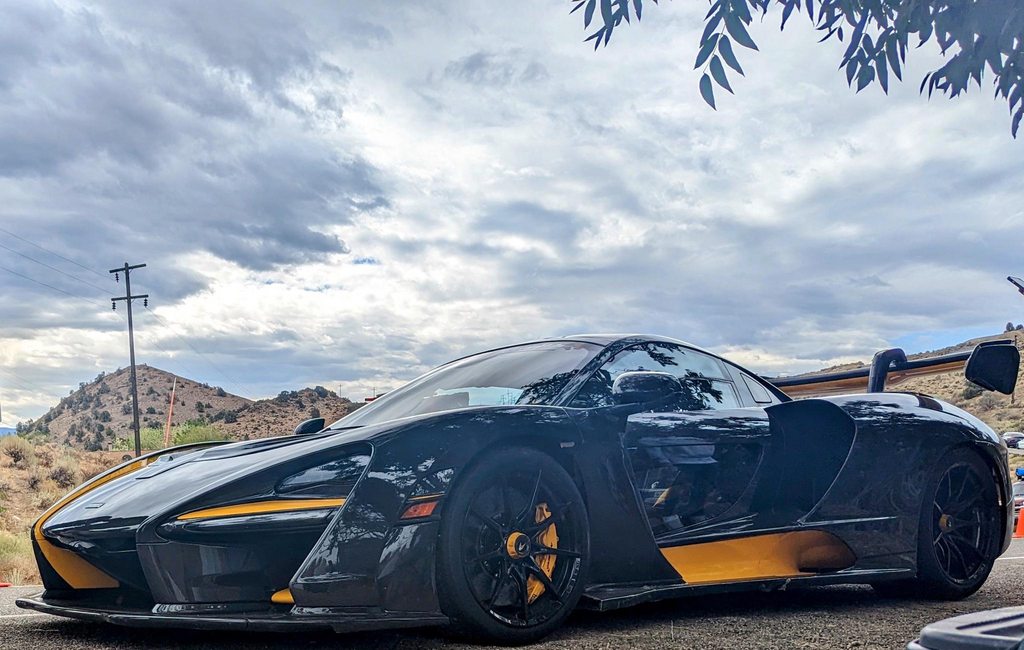 The Senna driver/owner was a first-timer and nevertheless set an extremely impressive 3:03 new Hill record. As you might expect, my buddy with the GT2 RS is going to war next year... This was his 3:06 run last year: https://www.youtube.com/watch?v=o_aFJSwj1BQ

Meanwhile, my goal will be to continue to find more speed both by way of seat-time and driver mods (just go faster, right?) - but I am also beginning to talk with Sam @ ByDesign about what next-steps with the car could look like.

Anyway - while it's always a long haul out from Denver to Virginia City and back, I look forward to this event every year. 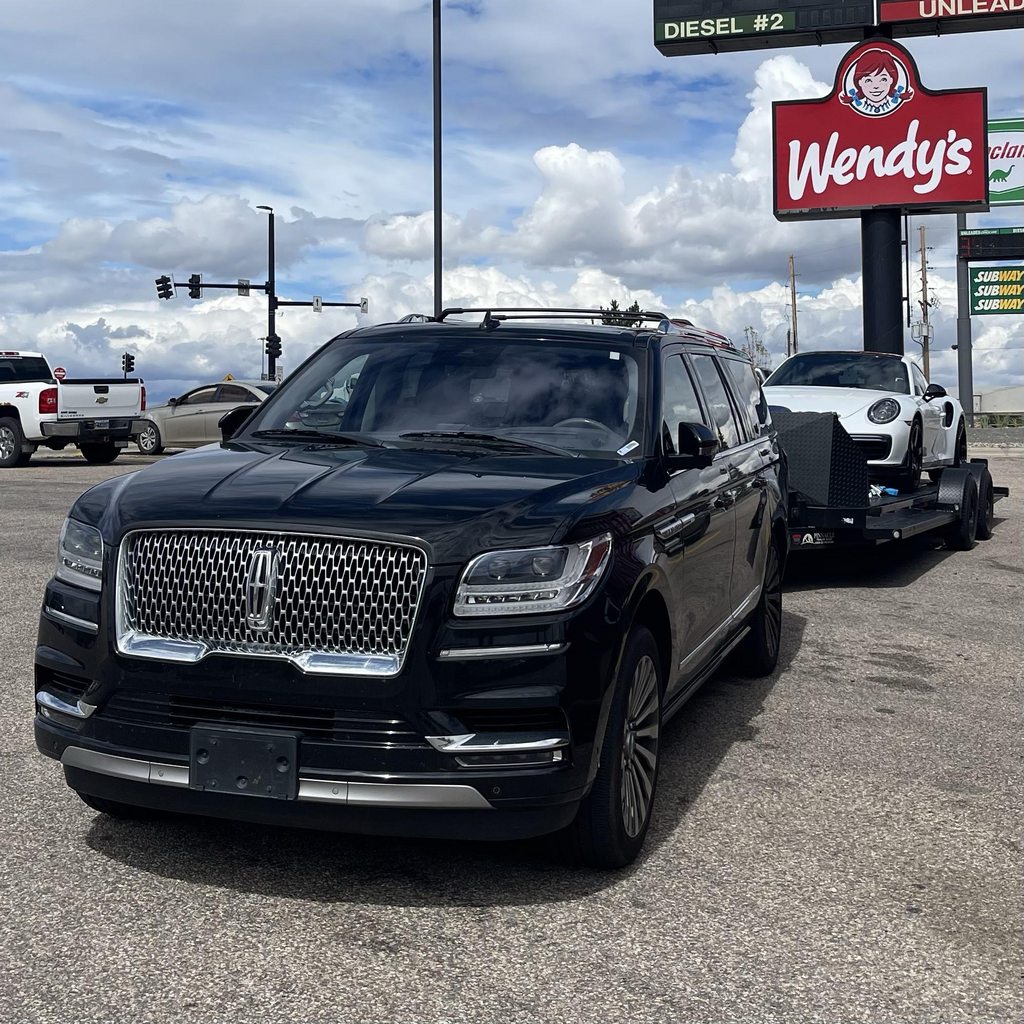 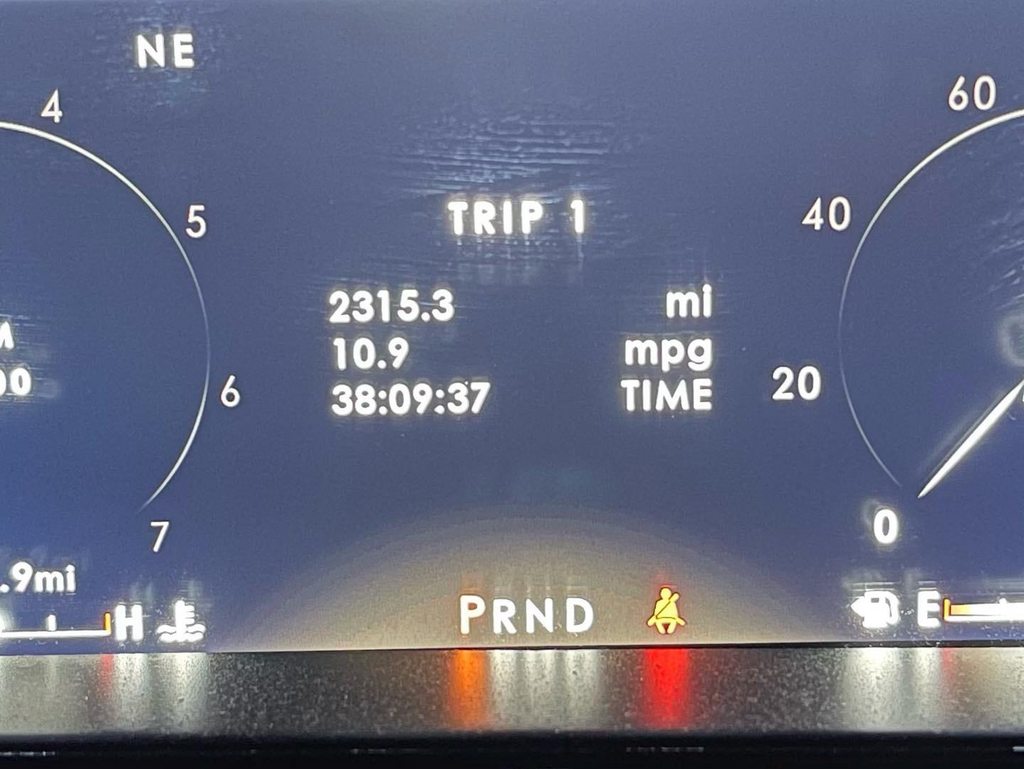 Porsches were VERY well-represented up on the Hill this year, and as my buddy took a break from his GT2 RS, I get to be able to say I was also faster than all the GT cars this year. 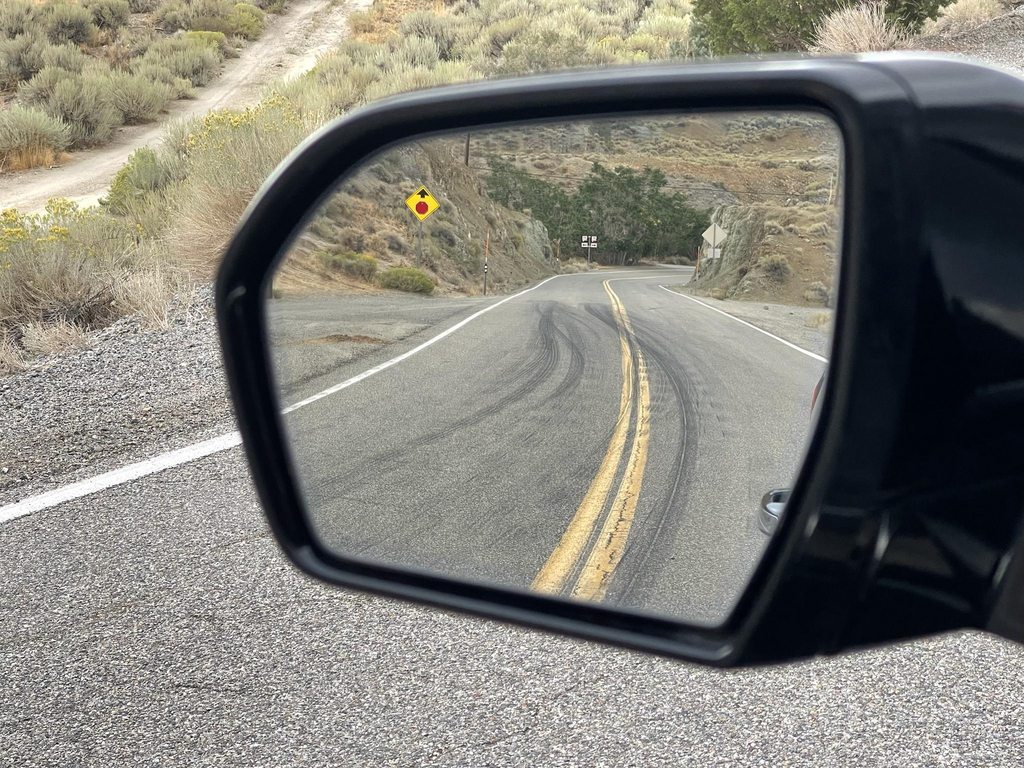 I believe Registration tends to open around April 1st. Be seeing you... Follow @vchillclimb on Instagram for more photos and videos: https://www.instagram.com/vchillclimb/
Top
Post Reply
96 posts

Users browsing this forum: No registered users and 4 guests